They are identified by their high domed top shell, called a carapace.  The colors
of the carapace vary from dark brown to medium brown.  They can be marked
with yellow, orange or brown streaks or flecks.  Their bottom shell, called a plastron,
has a hinge that allows the turtle to close up very tightly.  This is significant
for them as it is a defense mechanism for them to protect themselves from
predators.  The plastron can be dark in color, some plain and others with
yellow markings.  The hinge across the plastron enables the turtle to
withdraw deep into its shell and close up, which is one reason these turtles
are called Box Turtles.  There are other species of turtles that also have hinges.
Males have a concavity to their plastrons whereas a female has a flat plastron.
The males have a thicker tail than a female and usually have red eyes.  I have
seen some females with red eyes but the usual color is brown. Some prefer forests
while others prefer marshy areas.  Others prefer semiarid grassy areas.   Their diet includes
worms, bugs, snails, beetles, vegetables, flowers, and berries.
Indiana has specific regulations regarding owning a box turtle.  Click here for more information. 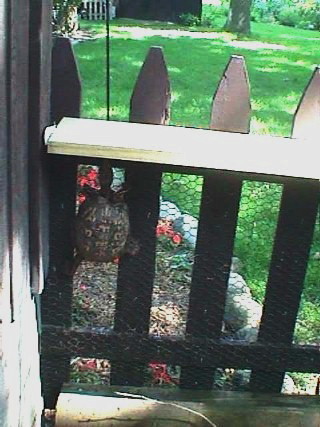 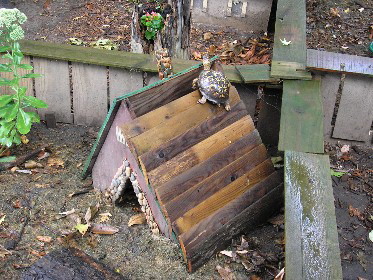 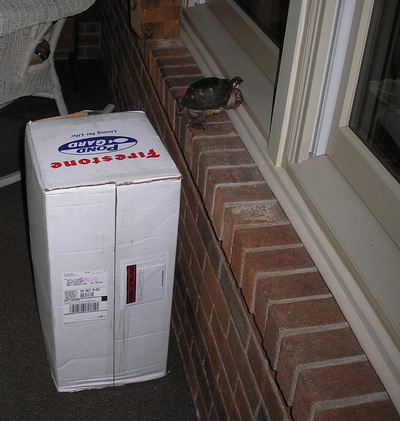